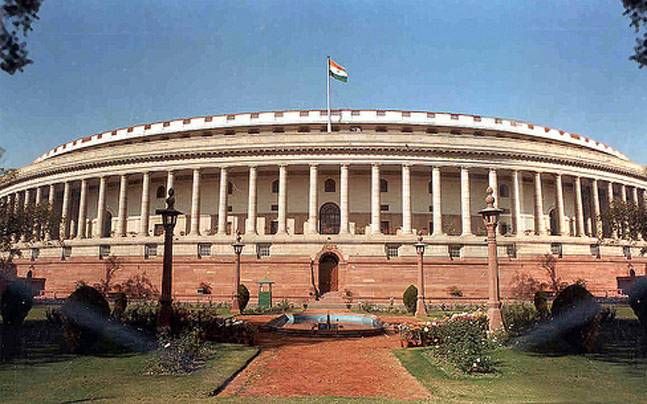 Department-related Parliamentary Standing Committee released an interim report on the functioning of virtual courts on September 11, 2020. This was in response to the widespread dependence on virtual courts due to COVID-19 pandemic. The report was prepared after extensive stakeholder discourses with the Bar Council, the Supreme Court, Department of Justice, Department of Legal Affairs and Bar Associations. As one Bar Council representative put it, "this unprecedented crisis should be turned into an opportunity."

The report briefly delves into a history of virtual courts and the debate on the court as a place versus court as a service. After appraising various definitions of 'court', the Committee was of the opinion that court is a service (rather than a place), thus supporting the advocates of virtual courts. The report goes on to elucidate the difference between virtual courts, online courts and online dispute resolution. This was followed by a discussion on how different countries have fared in dispensing justice virtually.

"Concept of Virtual Courts may well be extended to cover arbitration hearings, conciliation and Summary trials."

The digital divide has presented a challenge in terms of access, connectivity and (lack of) digital skills.

Access to virtual courts is both unaffordable and unavailable, especially in remote rural areas. To counter this issue, E-Seva Kendras have been opened, which initiative was appreciated by the Committee. But it was also emphasised that the number of E-Seva Kendras is not sufficient. A need to expand E-Seva Kendras to remote areas was also underlined. Besides, videoconferencing facilities have been provided in every High Court premise and at least 1 district court complex in each state.

Poor internet penetration, and consequently poor connectivity, has led to technical glitches during virtual court hearings, especially during peak hours. Obsolete court infrastructure and equipment are other reasons behind poor connectivity. According to the Department of Justice, scaling up the videoconferencing facilities has been a challenge. Unfortunately, this is not an issue which can be resolved by simply improving court amenities. Connectivity issues arise on side of lawyers too. This also gives an unfair advantage to lawyers with better resources. Supreme Court Secretariat has set up 7 centres across Delhi to facilitate such lawyers.

Lastly, many lawyers are not skilled enough at legal technologies. This gives an unfair advantage to 'tech-savvy' lawyers. However, the Committee observed that lawyers should keep pace with changing legal landscape dominated by technology. Department of Justice has organised training programs for the benefit of lawyers to counter the problem of lack of skills.

Against the Principle of Open Court

"Public access to virtual court hearings is a facet of right to know."

Representatives of Bar Council argued that virtual court hearings are unconstitutional and antithetical to the principle of Open Court. Concerns were raised due to lack of transparency and limited public access to hearings. The Committee took note of Supreme Court judgments which put a strong emphasis on live-streaming of court proceedings as an extension of open court principle. A recent Gujarat High Court judgment was cited which held that public access to virtual court hearings is a facet of right to know.

The committee was informed by Supreme Court representative that a 5-judge e-Committee has been set up to lay down guidelines for live-streaming of court proceedings, as per the obiter in Indira Jaising v. Secretary-General of Supreme Court of India (2018).

"Collaboration with legal technology start-ups can help in finding affordable and efficient solutions in justice delivery."

Third-party software platforms are being commonly used during videoconferencing. This raised concerns over security and confidentiality of court proceedings. The Committee called upon the concerned ministries to develop indigenous platforms for resolving the issue of data privacy and confidentiality.

The report highlights that technology should be employed for streamlining and optimising antiquated inefficient manual processes. Besides such incremental changes, innovative technologies should be used for bringing transformative changes in judicial practices.

From the stakeholder submissions and observation reports, the Committee was apprised of the infrastructural constraints in courts which pose difficulty in adapting to the virtual court system. This is specially true for subordinate courts. The smooth functioning of virtual courts depends on more than simply video conferencing facilities. Better e-filing, tools to record hearings, equipment to project documents, reliable Wi-Fi are also as important. Even the uninterrupted power supply is important.

Lack of Progress on the e-Courts Project

The Committee was apprised of the progress made under Phases I and II of the e-Courts project which aims at ICT enablement of all courts. Some of the proposed activities under Phase II are: strengthening e-filing system, e-Payments, more e-Sewa kendras, live streaming of virtual hearings etc. While appreciating the proposals, the Committee noted that progress made on the project has been abysmal.

The Committee recommended a revision of the National Policy and Action Plan for Implementation of ICT (which had come out in 2005), in view of the technological changes in the last decade.

A Challenge to the Art of Advocacy

Bar Council representatives submitted that an inability to observe and leverage the courtroom dynamic otherwise present during physical hearings does injustice to the art of advocacy. Videoconferencing distorts non-verbal cues like gestures, posture etc which are especially significant during witness cross-examination. It also obstructs coordination and cooperation between briefing counsel and arguing counsel.

"Despite shortcomings, Virtual Courts have infinite benefits to offer for all the stakeholders involved."

Huge arrears in courts is a major challenge to the Indian Judiciary. The many reforms introduced over the years have not solved this problem. Virtual courts offers a way out from this problem without compromising quality of justice delivery. The Committee suggested that virtual courts should be allowed to function for certain categories of cases like appeals, final hearings etc even after the pandemic subsides.

The report suggests that virtual courts may be permanently extended to appellate tribunals like TDSAT, NCLAT, IPAB etc, which do not require personal appearance. Additionally, permanent virtual courts for final hearings in administrative tribunals may be considered. Virtual courts will help in cutting down costs and increasing efficiency in courts and tribunals.

"Virtual Courts have the potential to bridge the gap between people knowing the law and being able to enforce their entitlements...[v]irtual courts deliver 'Enforceable Justice'."

The Committee opined that the concept of virtual courts promotes distributive justice since digital justice is cheaper and faster. Virtual courts solve many economic and locational constraints for the litigants and lawyers alike. It was hoped that virtual courts will accelerate India's progress towards achieving SDG 16 to "ensure equal access to justice for all".

Segregation of complex cases from simpler ones in virtual courts will promote proportionate justice. This is because more reliance on resource-conserving and faster virtual platform is a better choice for simpler cases which take up less time.

After taking note of various benefits and challenges of virtual courts, the Committee noted that it "fully understands that Virtual Courts have their own shortcomings, however they constitute an advancement over the existing system, and therefore, on the overall, they are worth embracing".

The Committee opined that a full-fledged virtual court should be run as a pilot project first. Globally tried and tested tools such as Immersive tele-presence technology, augmented reality systems etc may be employed during the pilot. This will allow the courts to understand the categories of cases most suited to virtual courts; and help refine the system through feedback.

In the end, the Committee observed that virtual courts have become and will remain a new reality. The concept of virtual courts, therefore, may as well be extended to arbitration and conciliation matters.